What are 3D Image Files?

Files used to store 3D or three-dimensional modeling data on a computer system are called 3D Image Files. The 3D image file was created to provide a means of storing 3D information about 3D models to be used in images, videos, CAD designs, and many other applications. These files can be used to store 3D models as well as 3D animations and 3D project files.

3D files use mathematical formulas to store a computer representation of any surface of a 3D object. The purpose of these files is to store 3D data in binary or plain text format, encoding the key attributes of a 3D functionality, including:

3D images are commonly used in movies, video games, 3D printing, architecture, engineering, sciences, and other relevant applications. Every industry has it’s own set of popular formats that are unique to it’s requirements. A few of the most common 3D image formats include: 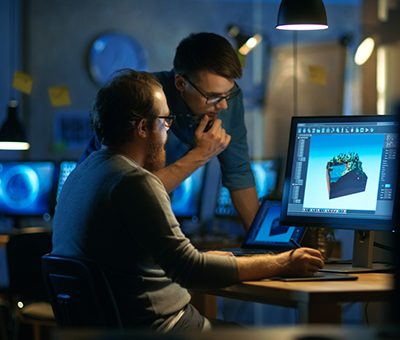