Apache Software Foundation is an American corporation that offers support for Apache software projects such as Apache HTTP Server. Ir was formed in June 1999 from the Apache Group. It is an open source community of developers offering collaborative, consensus-based development process and an open and pragmatic software license. 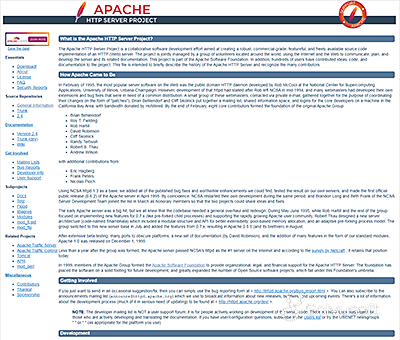